THE VERY CREAM OF NATIONAL LIQUOR

Our Ngoc Linh Ginseng liquor product under the brand name of “Nam Tran Quoc Tuu” has become a masterpiece of health  strengthening products that helps customers in business dinner etiquette.

Ngoc Linh Ginseng (Panax Vietnamensis Ha et GrushV) holds the King role in the remedy (the star, the master of the remedy).

This was also the first time in the world that a large content of majonoside R2 and Ocotillol-type Saponins were extracted from one single Panax species (these two substances accounting for 4.34%), 43 times higher than the concentration of majonoside and Ocotillol Saponins in Panax ginseng. Ocotillol Saponins should draw a great attention for its likelihood to become a chemical classification standard for series Panax since it may affect some of Vietnamese ginseng’s unique effects.

The presence of Ocotillol-type Dammarane Saponins also distinguishes Vietnamese ginseng from Korean ginseng, as by far Ocotillol has not been found in Korean ginseng.

In 1994, Prof. Nguyen Minh Duc evidently found that Vietnamese ginseng had the highest content of Saponins and Dammarane (12 - 15%) compared to 10% in other ginseng species, and the highest number of saponins (49) compared to 26 in Korean ginseng. 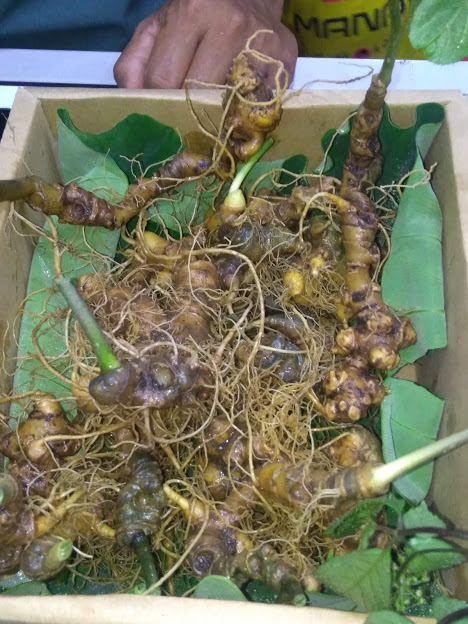 Ngoc Linh Ginseng is the very cream of Vietnam

Experiments on the central nervous system, energy boosting effect, body endurance boosting effect, effects on genital endocrine and cardiovascular system, etc., all came up with findings nearly equivalent to experiments on Korean ginseng. Whereas, Vietnamese ginseng does not cause hypertension like Korean Ginseng.

Holding the role of Court to support the King’s effects is the medicine of Fructus Tribuli, Epimedium, Herba cistanches.

Fructus Tribuli contains pre-testosterone. When used in combination with work-out it will turn into testosterone (giving the full effects of natural Testosteron).

Fructus Tribuli has, however, shortcomings in the following circumstances:

* It is not recommended for use by pregnant & lactating women, on whom there have been no surveys conducted.

* Administration of Fructus Tribuli to men with prostate tumors should be limited.

* It contributes to boost the effects of antihypertensive drugs.

Radix Astragali and Cinnamon hold the role of aiders to reassure the effects of the King and Court.

Radix Astragali has no adequate evidences for effects on pregnant and lactating women, who, therefore should limit its use. For its immune system stimulating effect, Radix Astragali is also restrained from people with overloaded immune system (contracting such diseases as: lupus erythematosus, rheumatoid arthritis, scleroderma, etc.).

Cinnamon has a warming effect, dilates blood vessels, thus helping the full efficacy of the product.

Cinnamon administration should be ceased 2 weeks pre-surgery because cinnamon's hypoglycemic effects may intervene the procedure.

In this remedy, the Court and Aiders help the King "Ngoc Linh Ginseng" to utmost promote its effects. Radix Astragali reduces the side effects of Fructus Tribuli on people with existing asthenia.

An indispensable ingredient of Nam Tran Quoc Tuu is the tested Hoa Long sticky rice liquor. Hoa Long liquor production was recognized as a traditional handicraft in late August 2016. In 2017, the National Office of Intellectual Property granted a certificate of sole proprietorship trademark registration of Hoa Long liquor brand. Liquor production in Hoa Long has a long history going through and cherished by dozens of generations. Hoa Long liquor requires a strict process that producers have to follow. The material rice shall be with intact bran. The rise is boiled or steamed in a terracotta pot to be done to a turn, then stirred well by a bamboo chopstick, and dried on broad flat baskets in cool places. Yeast is made from finely pounded bran, star anise, cinnamon leaves, etc. When the rice gets cooled and contracting, it is well mixed with the yeast so that every rice grain is stick with the yeast. The mixture is then put in small mouthed jars for fermentation. Jars should be tightly sealed with burlap. 3 days later, cold water is poured in and the mixture is well stirred and put into a pot for distillation. The boiler is also made of terracotta and tightly covered. A holed bamboo tube guides the steam from the boiler to a cooling water tank where it turns into alcohol. The first batch of distillation gives out 50 degrees liquor, the second batch 45 degrees and the third batch 35 degrees. The very secret of Hoa Long liquor relies on the very fresh and cool water, which is bedded on basalt soil of Hoa Long. People tap this water source to make liquor and chill it down during the distillation process.

Nam Tran Quoc Tuu bottle is a Bat Trang pottery product. Bat Trang history dates back to more than 1,000 years ago (under the reign of King Ly Thai To). To make a product, the potter must go through selecting, treating and preparing soil, shaping, patterning, enamelling, and finally burning. The multi-generation established experiences of Bat Trang villagers is "First bone, second skin, third furnace" (Pottery soil must be compacted to ensure the product firmness). The potters perceive a pottery artifact as a living body, a miniature universe in which there is a harmonious combination of the five elements: metal , wood , water , fire and earth. The profession development is considered as the communion of the Five Elements, which, in turn, is imbued in the creation work under strict and accurate technical procedures. Most of Bat Trang ceramics are produced manually (from soil selection, soil treatment, shaping, drying & correction, enamelling, painting to burning), representing the high workmanship and creativity through multiple generations. Due to the nature of essential material sources and hand-shaping with the use of turntables and locally traditionally generated enamels, Bat Trang pottery makes itself distinct for thick, firm and heavy core, ivory-colored white enamel layer. 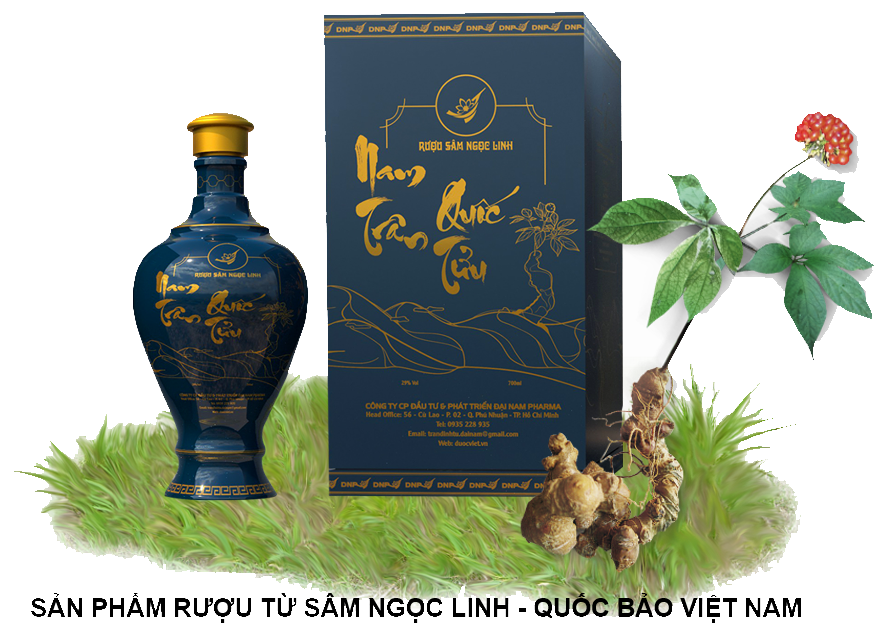 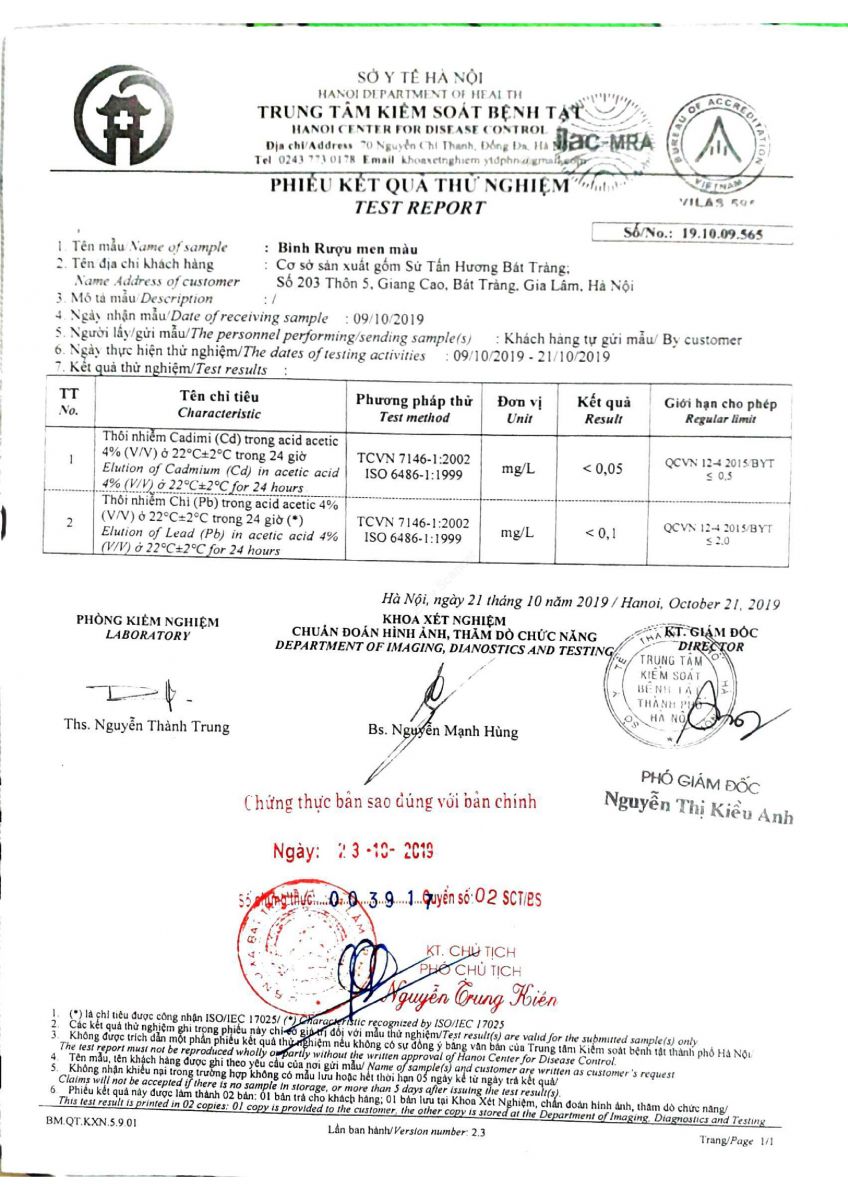 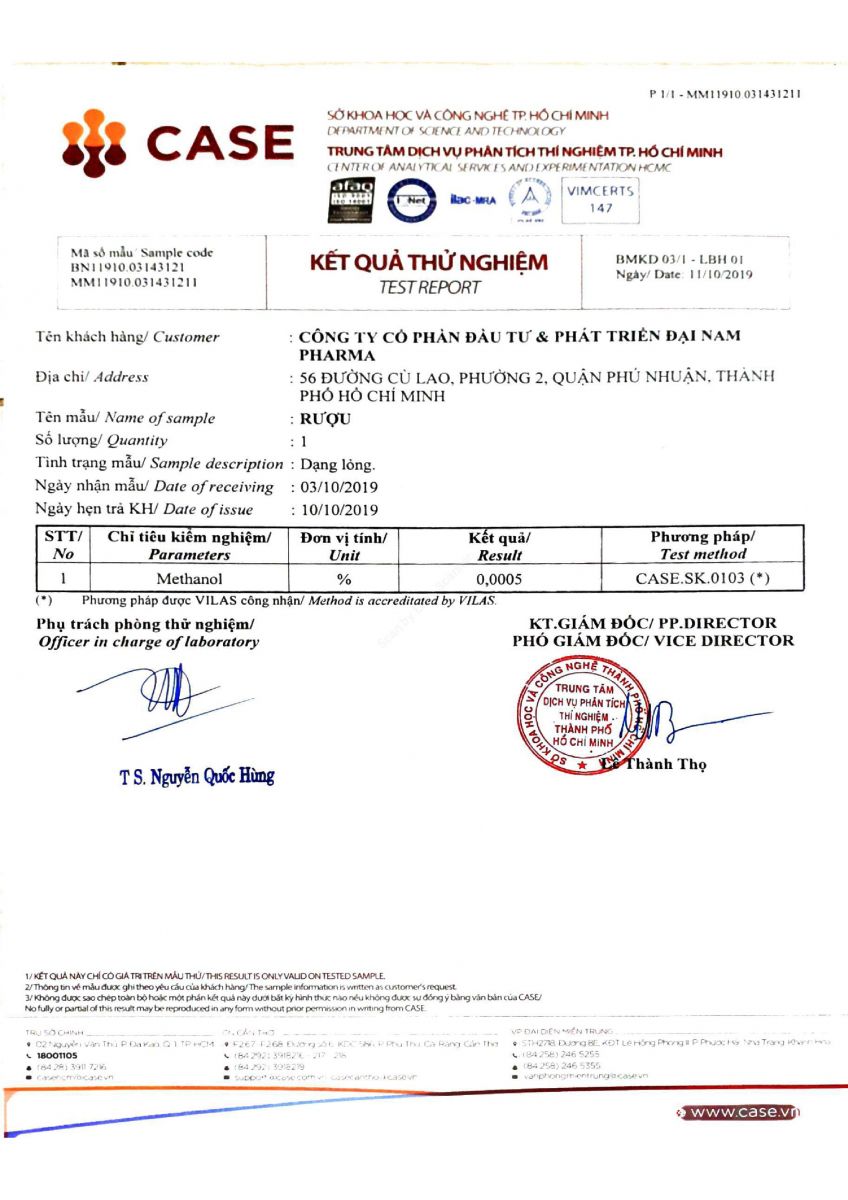 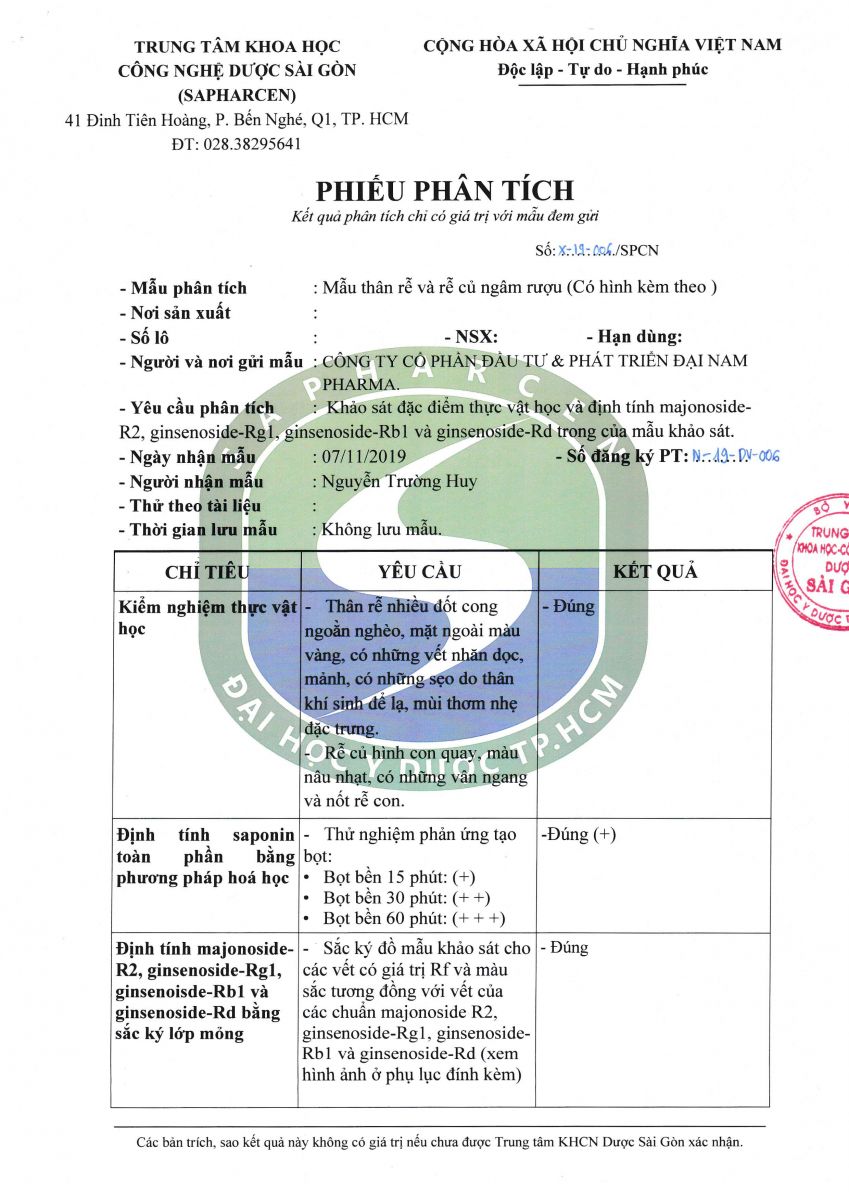 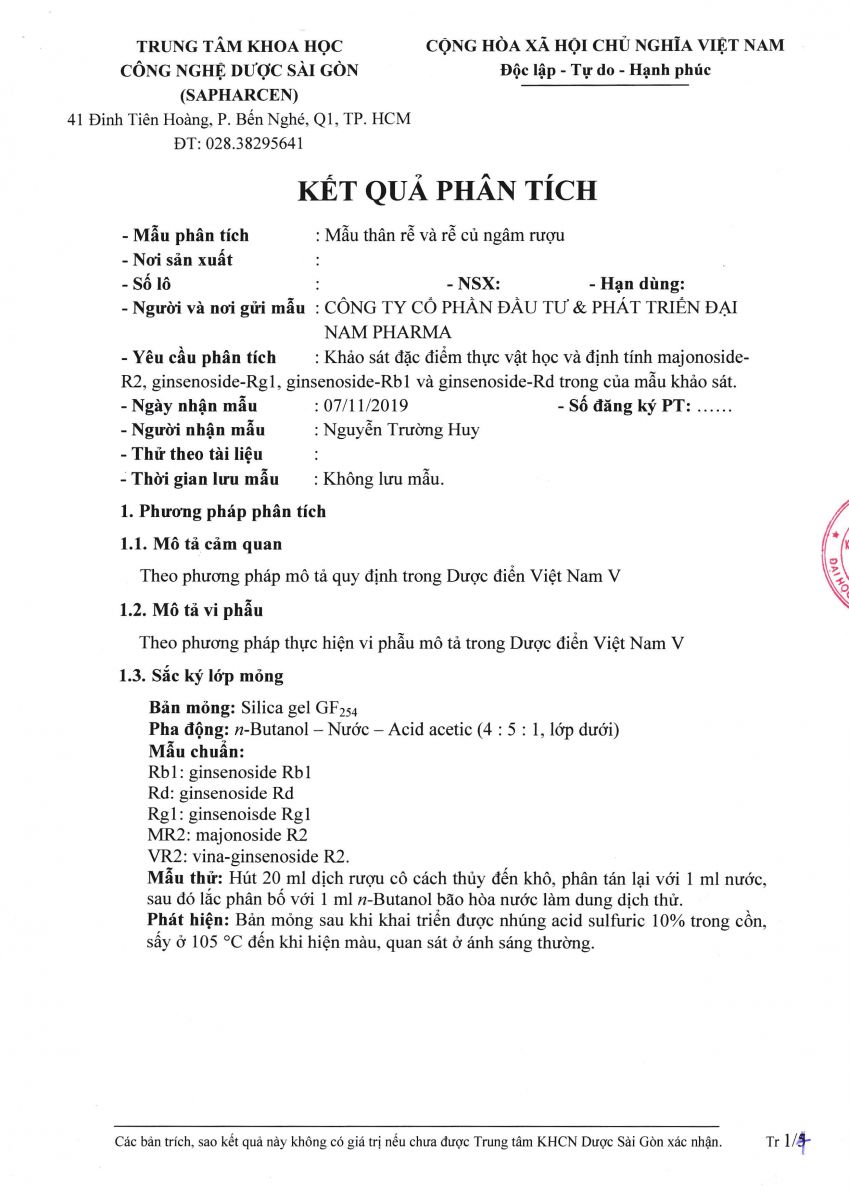 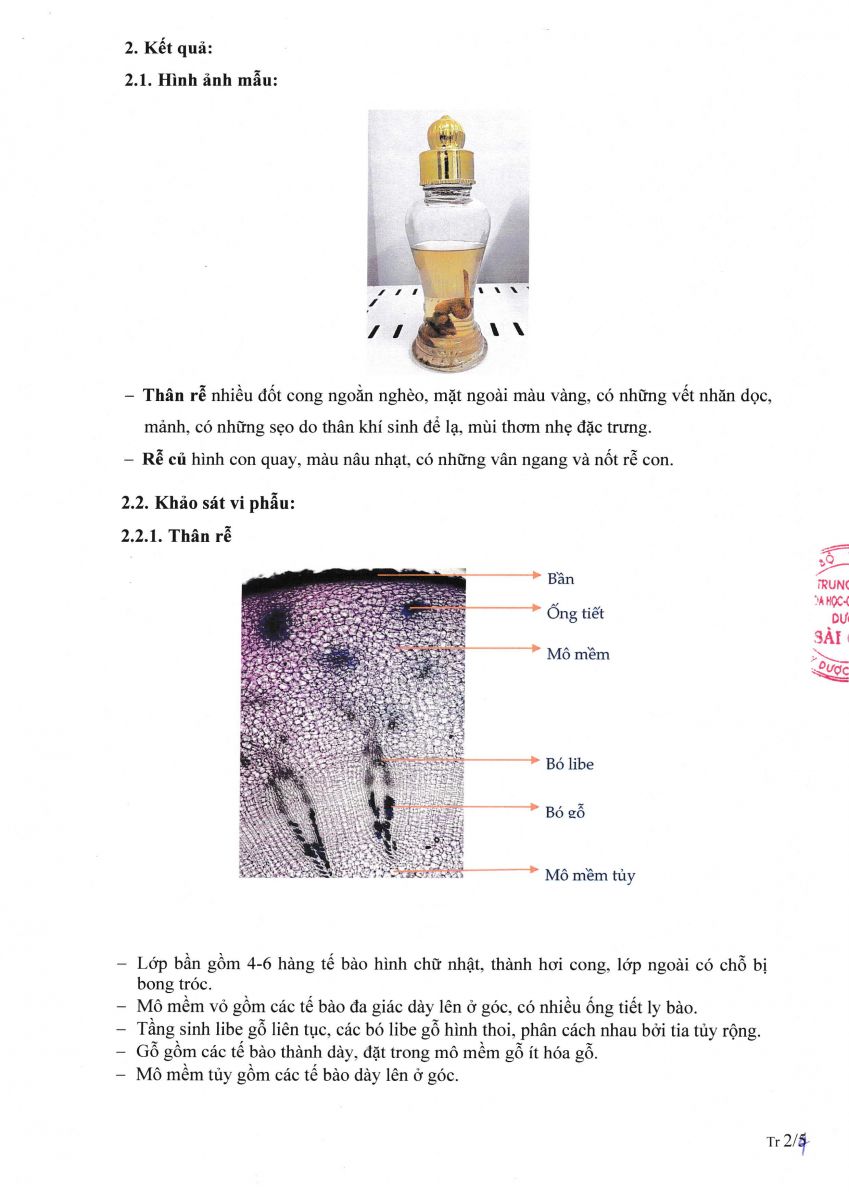 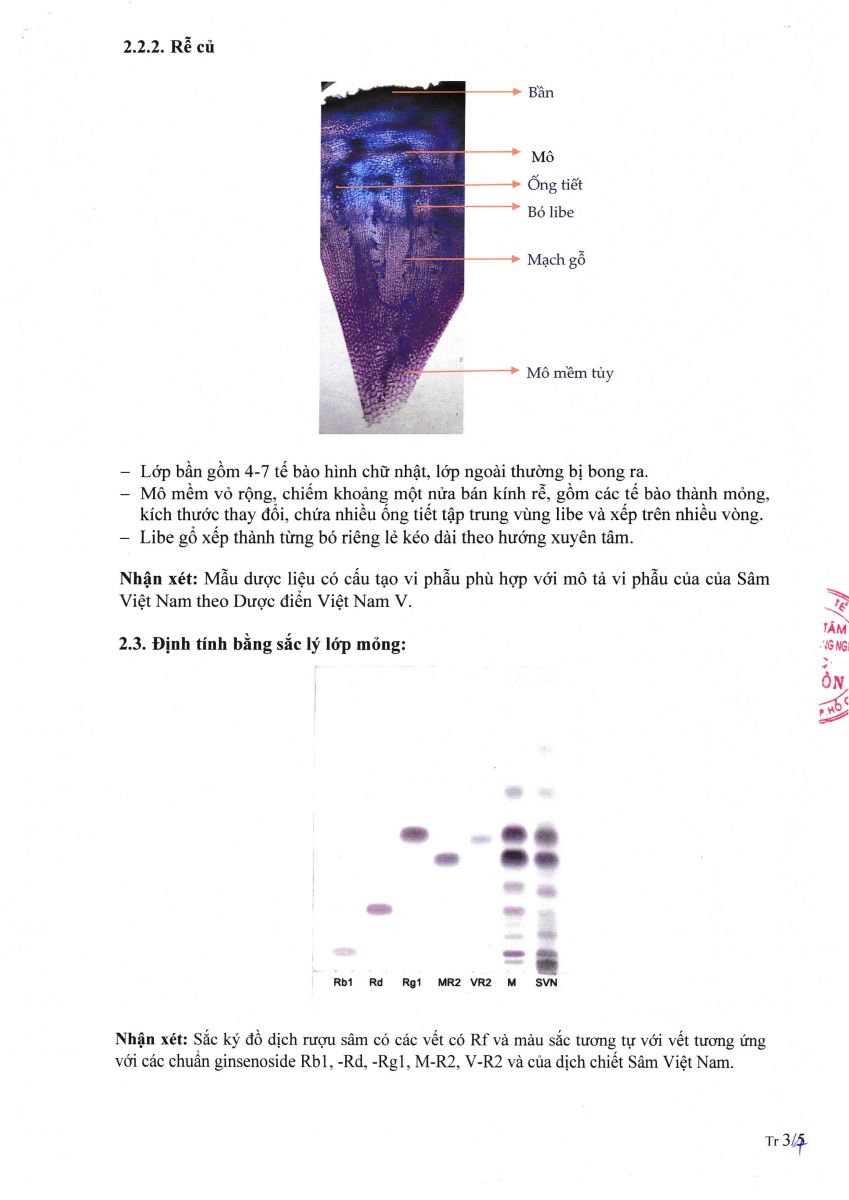 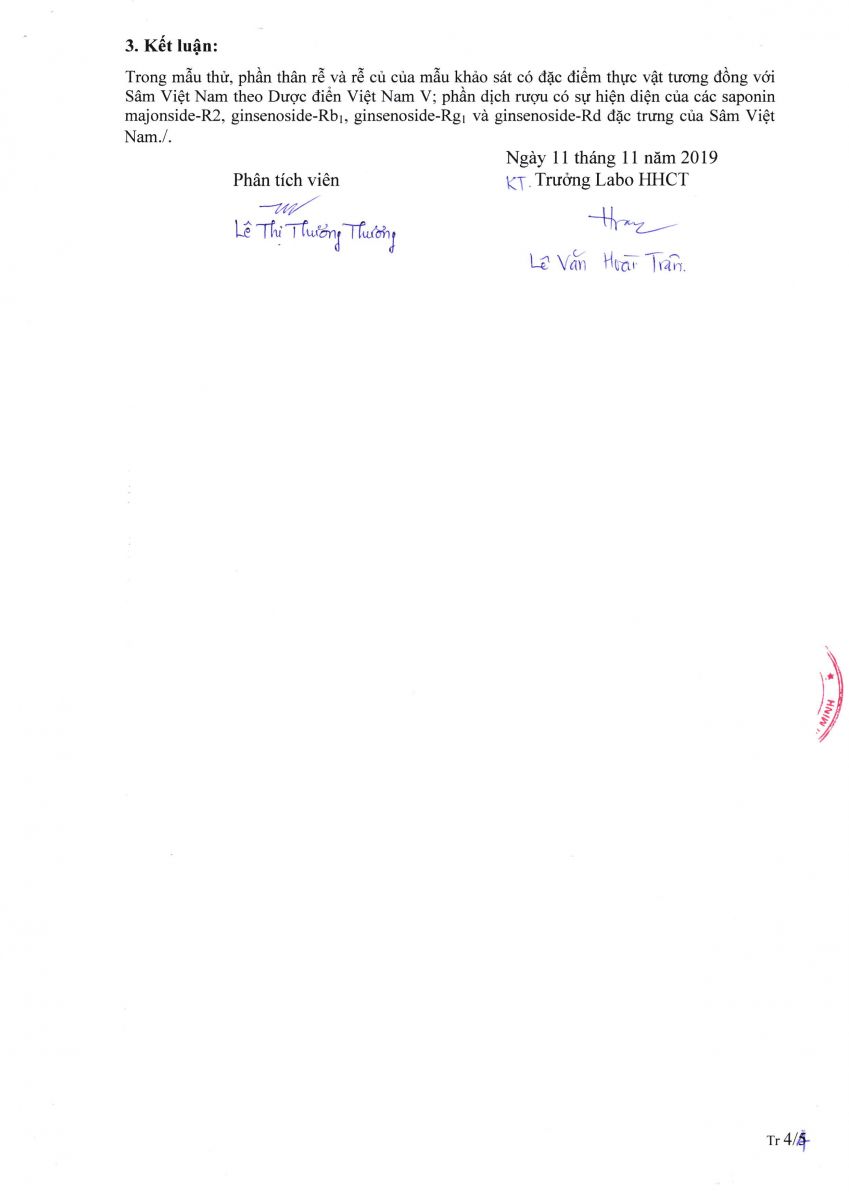 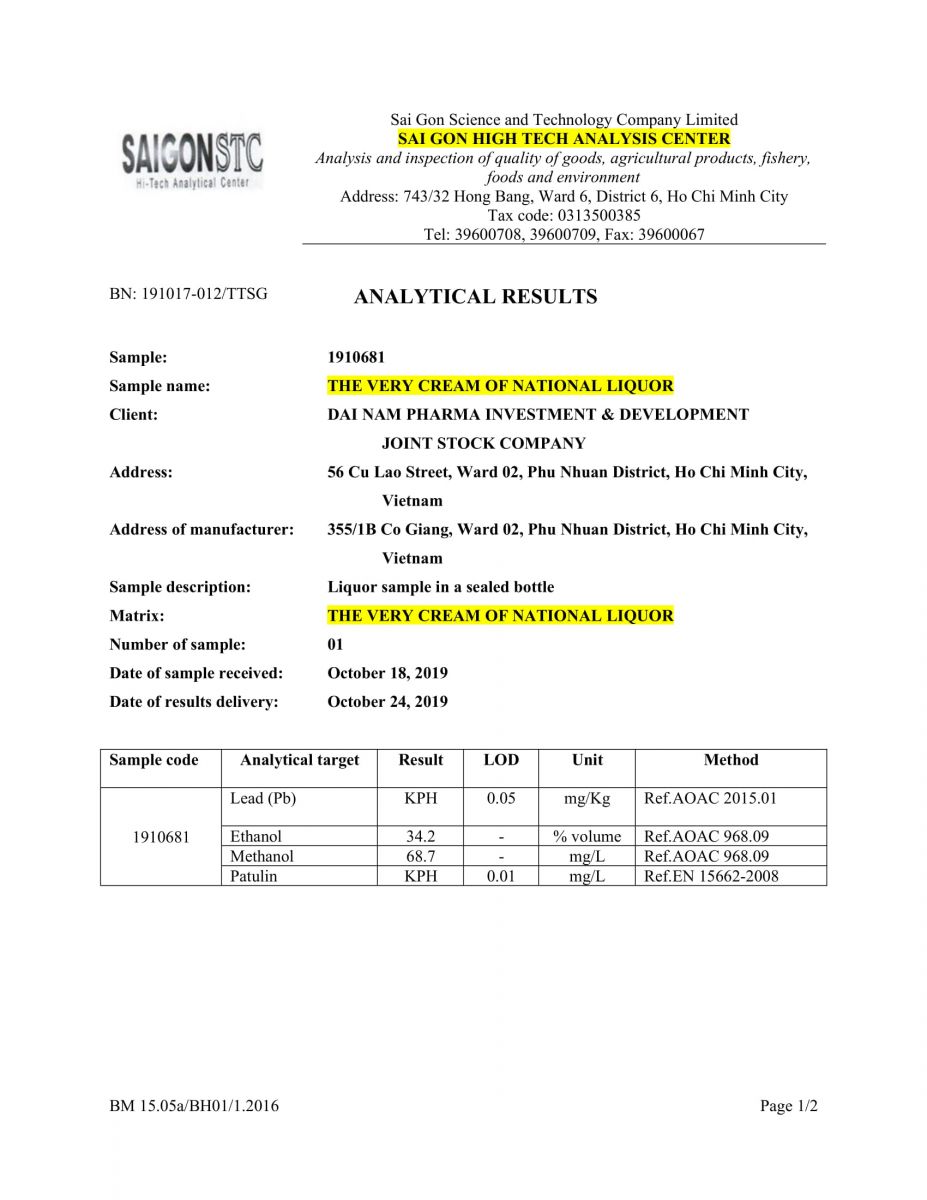 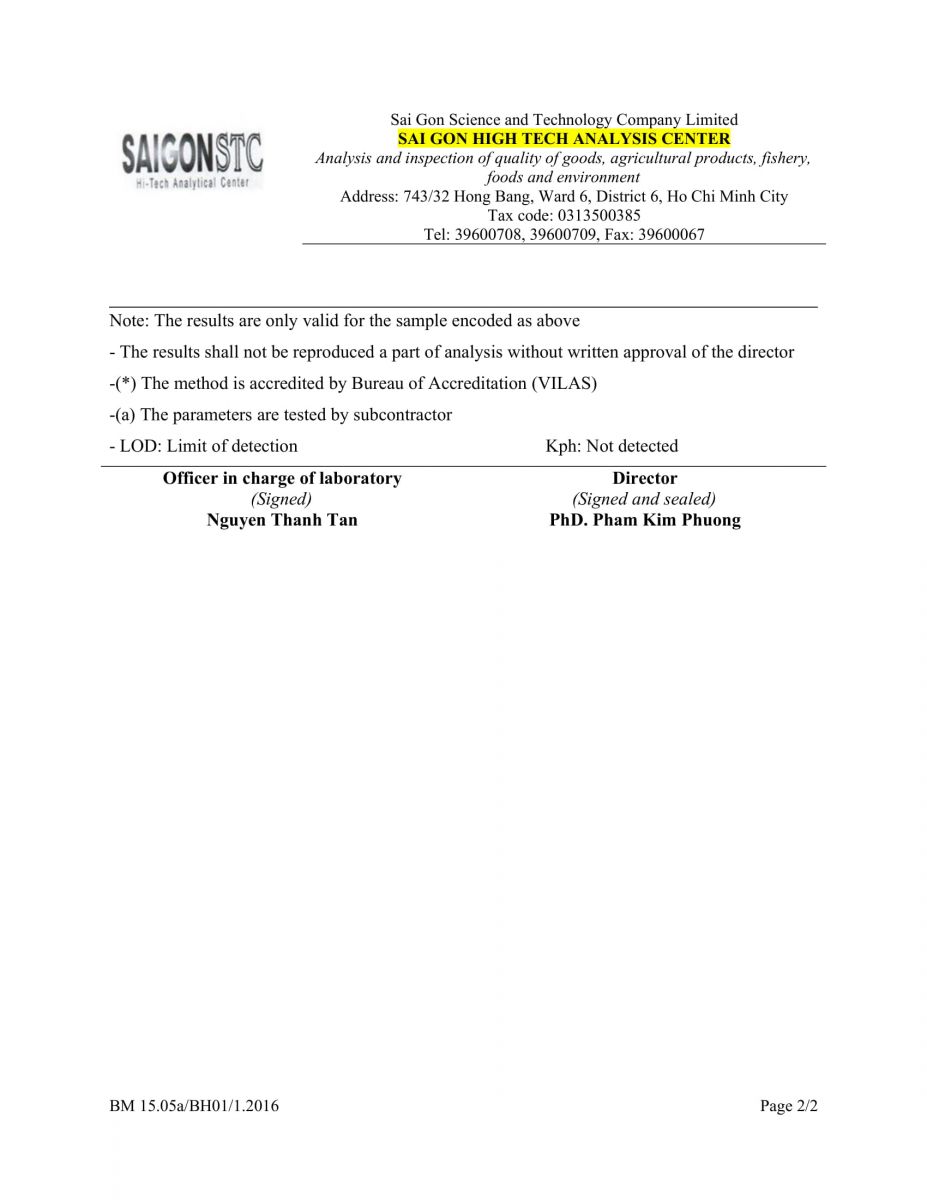 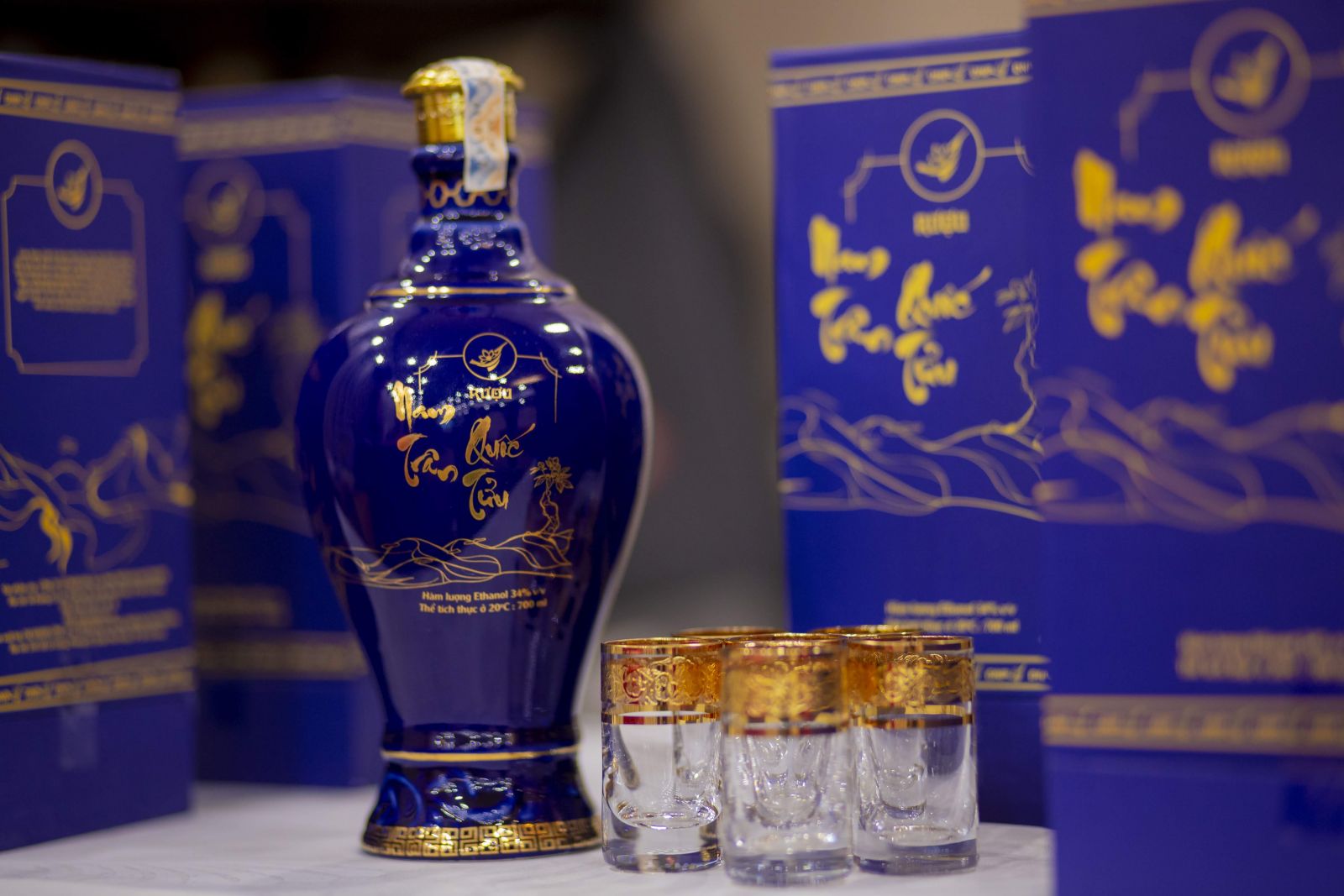